Belgian magician Elliot has traveled all over the world, astonishing audiences at exclusive gatherings using his knowledge of eight different languages, including Mandarin Chinese. Presenting his shows on stage and in close-up all over China, entirely in Chinese if necessary, he mixes humor and magic.

And he used his sleight of hand to wow the minds of VIPs, celebrities and world-famous politicians, including Chinese actor Hu Ge, Eric Jing of Alipay and Jeremy Scott of Moschino. After wowing us at It’s 2021 Hospitality Awards, we needed to know more.

What first attracted you to magic?
A cousin of mine did a few simple tricks when I was seven. Seven years later, at the age of 14, I asked him to teach me these tricks. I immediately hooked. After that, we visited a magic shop in Paris and bought my first books on card and coin magic. I felt an instant passion for this beautiful art.

How do you go about becoming a magician?
Being a childhood dream for me for a long time, I thought to myself, “Why don’t I go to China, learn Chinese and try to become a magician there?” And here I am, in China for five years, doing shows entirely in Chinese!

What can people expect from your show?
My shows are super interactive; I like to involve as many people from the audience as possible. The magic operates in the public’s hand, which makes it even stronger. Likewise, I like to joke and have fun. I also present the show in multiple languages ​​which is really unique.

Are you creating your own new acts of magic?
It’s tricky … it’s not very easy to create whole new magic routines. Almost all magicians create their own variations of existing classics. I try to be especially creative in the way I play and present the tricks, using humor and interesting stories.

You speak eight different languages, English, Mandarin Chinese, French, Dutch, Spanish, German, Portuguese and Italian. Eight! Where does your love of languages ​​come from?
Magic and languages ​​are my two great passions in life. I was fortunate to have been brought up in a bilingual home (Dutch and French).

My parents also sent me to English school at an early age. These three languages ​​were therefore definitely the model for multilingual life!

I went to university and studied linguistics (English, Spanish and Portuguese). After that, I added a second Masters in Multilingual Business Communication (Business English, Business French and Business German). After that, I continued to study languages ​​on my own!

I like to take an hour a day for an in-depth study session. Likewise, my life in Shanghai is very multilingual; I hang out with Italians, Germans, Spaniards … it keeps all languages ​​fresh in my mind.

Right now, my focus is on passing the HSK 6 exam in Chinese. The better I speak Chinese, the better my shows! 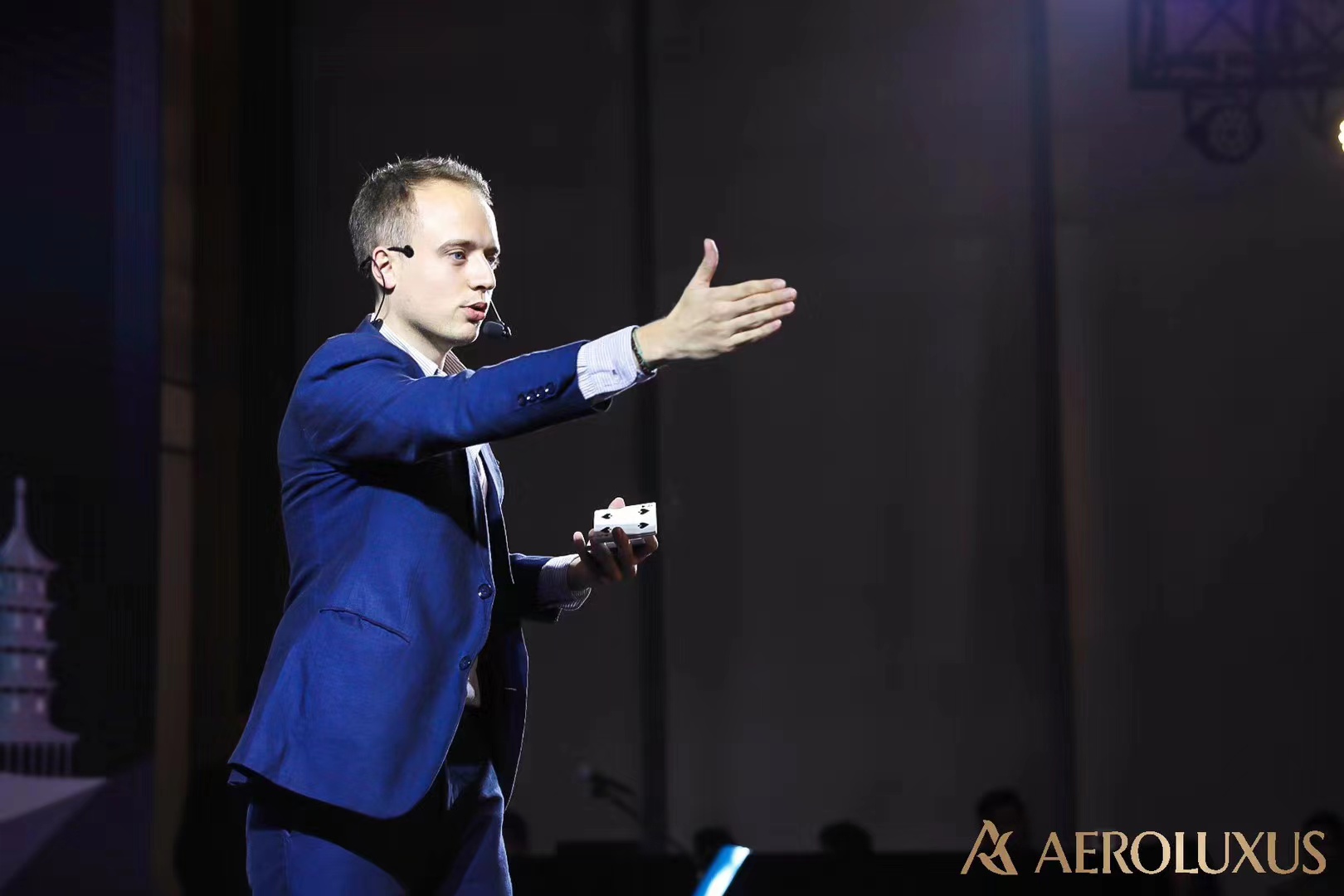 Is there a language that a magic show works particularly well? And do nations or peoples react in different ways to magic?
Excellent question! I feel like I have a very different atmosphere depending on the language. The way of speaking, the jokes and the subjects are different. I will make a lot more noise in Spanish than in French, for example.

And yes, some people are quieter than others during shows. But it’s up to the magician to get them to relax and enjoy.

You have people joining you on stage. How do you choose the participants?
After all these years, you kind of have a sense of who you can invite on stage. Will the person be a good athlete? Will he try to steal the show? Does he want to find out the trick? Or does he just really want to enjoy and be part of a magical moment?

I have a pretty good idea, but sometimes I still think to myself, “I shouldn’t have chosen this person!” “

They say don’t work with animals or kids, but you do both. What is more delicate?
The only animal I really work with is my goldfish (who is also my alter ego, Billy). I’ve done a few bunny tricks, but they take a lot more work to maintain! 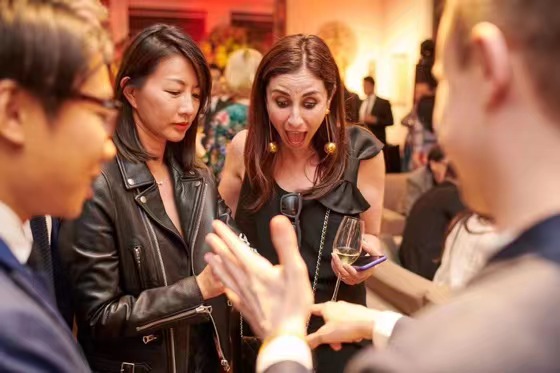 One can only imagine. Speaking of which, any good stories about all of this going wrong?
To be honest, messing up happens to the best of us! I have learned to embrace the moment. I’m honest with my audience if something hasn’t worked out the way I wanted it to. It shows your human side to the audience.

It can also be a really fun time to screw things up. Use it to your advantage! When people love the artist as a person, they will forgive. If you are too arrogant on stage, they will appreciate seeing you fail.

Have you worked for big names, performances or milestone events?
There have been numerous events for luxury brands (Cartier, Louis Vuitton, Dior), consulates, banks and car manufacturers all over China. I had the pleasure of playing for famous actor Hu Ge, Eric Jing of Alipay and Jeremy Scott (designer for Moschino). 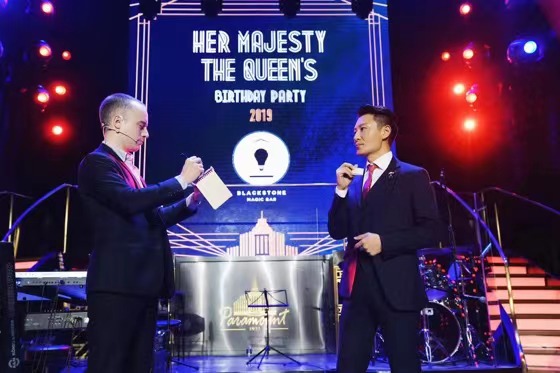 What is your advice to people who want to become magicians?
Read magic books, watch magic DVDs and meet other magicians. Nothing is more fruitful than a good jam session. And, most importantly, get out there and play as much as possible. Everything is easy at home in front of your mirror; in front of an audience, everything changes!

Other than private events, can people see you playing anywhere?
I played at Blackstone Magic Bar for three years. It was an amazing experience that really helped me perfect my craft. I worked with some of the best magicians in the world by my side every night.

Unfortunately, due to the pandemic, the bar closed. I am now focusing on the events. So let’s see us at your next event.

Watch a video of Elliot being interviewed on I am China with Josh below (VPN disabled): 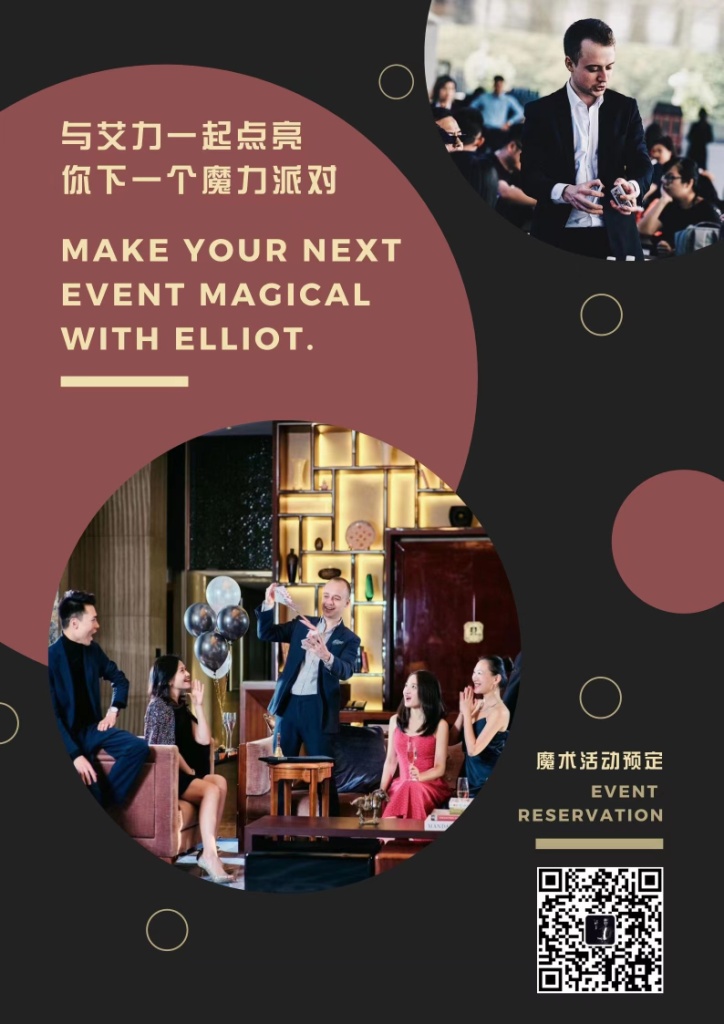 [All images courtesy of Elliot]